The store will not work correctly in the case when cookies are disabled.
Please select a wishlist
Menu
Account 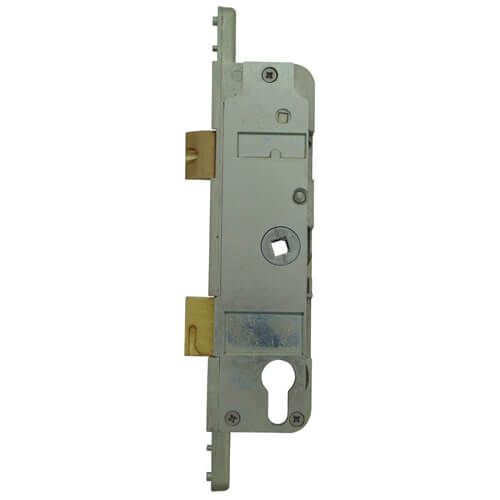 Fullex genuine A gearbox with a split spindle function and available with a 39mm backset. This case is for older version Fullex locks which have wider faceplates.

These cases were originally made in variations A-G and are identifiable by the letter which is cast into the face of the top fixing lug with the general difference being the thickness of the lugs. Only A and F cases are still available.

Latch reversal: Undo the screw in the latch to remove. Reverse and reinsert then replace the screw.

Nightlatch Reversal: The lock is supplied as a lift lever function, it is fitted with a travel pin on the surround of the spindle hole,This must be broken in order to convert to a split spindle function.

To break the travel pin, simultaneously lift the outside handle up and inside handle down, you should hear the crunching noise of the pin breaking.
The split spindle function is now activated and with the spindles set into the correct position the latch will now only open via the key from the outside and by the handle from the inside.

The follower of a Fullex lock is split into 3 parts, Using a Genuine Fullex Split Spindle(our part number SPLITSPIN), the longer spindle must go on the inside and should overlap 2 parts, the shorter spindle is to be
placed on the outside and should only engage with the first part.

Is this a genuine gearbox or a copy?

Yes this is a genuine gearbox

I have a Fullex lock but it doesnt look like this, do you have other types?

Yes there are several variations of Fullex gearboxes available.